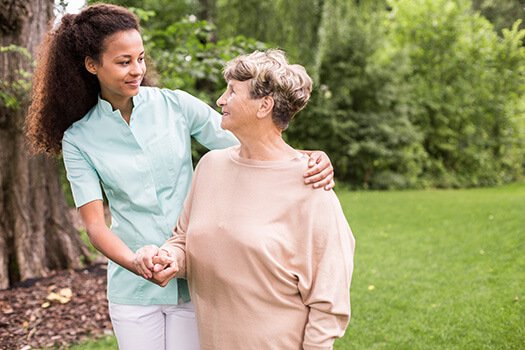 Statistics indicate that Alzheimer’s is now considered the sixth leading cause of death in the United States. By the year 2050, statisticians estimate that between 5 and 16 million adults could become afflicted by the disease. Seniors with a family history of this cognitive disorder are particularly at risk. The staff at Coast Care Partners, a leading El Cajon home care agency, have compiled a list of a few things older adults can do to lower the chance of developing Alzheimer’s.

The Alzheimer’s Research & Prevention Foundation reports that seniors who get regular physical exercise reduce their risk of developing Alzheimer’s by up to 50 percent. Exercise also inhibits further deterioration of the brain in older adults who are experiencing symptoms of cognitive impairment. Healthcare providers recommend that seniors strive to get at least 150 minutes of moderately stressful exercise every week. Examples of recommended activities include brisk walks, cycling, and swimming.

Humans are social by nature. Socialization not only benefits emotional and mental health. It also protects the brain. Regular contact with family and friends enables seniors to feel like a vital member of society. In addition to remaining in contact with loved ones, older adults might volunteer within their community or visit a local senior center and develop new friendships.

Coffee is known to contain a chemical compound called eicosanoyl-5-hydroxytryptamide. Researchers from John Hopkins performed caffeine experiments on laboratory animals. They found that when mice consumed caffeine on a regular basis, the animals developed fewer tau protein tangles. The team also suggested that having one cup of strong coffee boasting 200 milligrams of caffeine each day offers older adults sufficient protection to maintain memory. Caffeine also protects the areas of the brain that enable seniors to learn and retain new memories.

Scientists from the Mayo Clinic performed a study involving 256 older adults and discovered that the seniors who regularly enjoyed making crafts had a 55 percent reduced chance of developing cognitive impairment. A similar study performed in Germany involved a group of adults aged 60 and older. The group attended regular art classes. After 14 weeks, each senior took psychological resilience tests. The test scores revealed that the adults were better able to handle stress. Their MRI scans also demonstrated that their brains developed new connections in the regions known to be affected by aging and dementia.

Dancing benefits the brain in multiple ways. For instance, it encourages socialization and physical exercise, which increases brain health. Learning a new dance involves different areas of the brain that regulate physical movement and memory. Dancing is considered a fun pastime, and it helps seniors alleviate stress. When taking cognitive ability tests, dancers commonly score higher compared to those who do not engage in the activity.

If your aging loved needs regular mental and social stimulation, assistance with exercise, or help with other activities that can reduce the risk of Alzheimer’s disease, consider hiring a home caregiver. El Cajon families put their trust in Coast Care Partners for good reason. Find out how your loved one can benefit from the companionship of one of our caregivers by calling 619-354-2544 today.