What Are the Causes of Age-Related Cognitive Decline in Seniors? 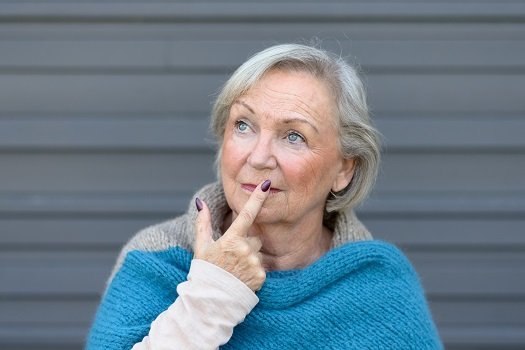 Age-related cognitive decline is incredibly common, and this is one issue almost every senior will face at some point. While mild cognitive impairment is a natural part of the aging process, a wide variety of external factors can negatively impact a senior’s intellectual abilities as well. Luckily, older adults can do quite a bit to boost their cognitive health and emotional wellbeing as they navigate their way through the golden years.

The Basics of Age-Related Cognitive Decline

A senior’s cognitive capacity decreases with age, resulting in a few different symptoms, such as forgetfulness and reduced problem-solving abilities. Various studies have been carried out on age-related cognitive decline, and many experts believe it’s usually the result of oxidative stress. Over the years, free radicals continuously damage the brain cells, and there may come a time when the body can no longer repair the damage. Some doctors also believe hormonal changes play a role in cognitive decline.

Other Factors to Consider

It should come as no surprise that a variety of different factors can impact a senior’s intellectual abilities. Some of the biggest risk factors for sudden cognitive decline include old brain injuries, substance abuse, a sedentary lifestyle, and suboptimal nutrition. Many aging adults also develop neurodegenerative disorders such as Alzheimer’s disease and vascular dementia. All of those different variables can affect cognitive abilities and mental acuity in the senior years. When they’re looking for trustworthy home care, San Diego families should seek out providers that offer specialized care for aging adults with cognitive limitations.

Even though gradual cognitive decline is perfectly natural, seniors and caregivers must keep an eye out for any signs of a serious neurological disorder. According to Alzheimer’s Disease International, nearly 47 million people are currently living with dementia, which is just one of the many cognitive health conditions scientists know of. Some of the most common signs of a cognitive disorder include confusion, disorientation, memory loss, difficulty following sentences, and an inability to recognize common objects. Seniors and their caregivers might also notice secondary complications such as sudden mood swings, irritability, weight changes, social isolation, and depression.

For many years, doctors believed seniors couldn’t boost their brain health. After years of exhaustive research, doctors now know older adults can create healthy new brain cells and synapses at any age. One of the most effective ways to boost brain health is to engage in stimulating activities, such as learning a new language, playing board games, or completing puzzles. Studies have also revealed that exercise plays a major role in mental health and cognitive abilities. Exercising for a few minutes every day can reduce a senior’s risk of mild cognitive impairment. Older adults should also steer clear of unhealthy habits such as smoking and drinking in excess.

Caring for a senior with significant cognitive decline can be challenging for family caregivers. Fortunately, Coast Care Partners is a leading provider of dementia home care. San Diego families who need compassionate, professional care for their aging loved ones should give us a call today at 619-354-2544 to learn about the high quality of our home care services.