Determining the Difference Between Alzheimer’s & Dementia 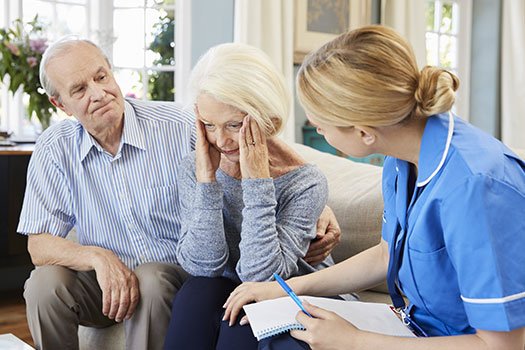 The Different Causes of Dementia and Alzheimer’s

If your senior loved one is exhibiting signs of dementia, one of the first things a doctor will do is begin looking at potential causes. Dementia is a medical symptom that can be caused by vitamin deficiencies, high blood pressure, alcoholism, tumors, and metabolic disorders. If your loved one has one of these causes of dementia and the progression stops when the condition is treated, then he or she probably does not have Alzheimer’s. Alzheimer’s disease is still not completely understood, and it does not seem to be caused by any clear and definite issues.

The Importance of Using Medical Tests to Diagnose Alzheimer’s Disease

Seniors with Alzheimer’s and generalized dementia have difficulty remembering things, communicating easily, and thinking logically, but there are many other symptoms the two conditions do not share. Forms of dementia not caused by Alzheimer’s are more likely to cause insomnia, hallucinations, balance issues, involuntary movements, and issues with speaking clearly. Alzheimer’s disease symptoms are more characterized by disorientation, confusion, personality changes, poor judgment, and depression.

Understanding the Difference in Alzheimer’s and Dementia Progression

Though dementia and Alzheimer’s might seem almost indistinguishable in earlier stages, you can usually begin to see the distinction between the two over time. Alzheimer’s disease worsens as it progresses in stages, and there is no current treatment for the condition. In contrast, other forms of dementia may not get significantly worse over time. Depending on the underlying cause, dementia treatments that slow, halt, or reverse the mental degradation are available. Dementia caused by other conditions like Parkinson’s disease typically progresses at a slower rate without suddenly worsening.

Seniors living with dementia or Alzheimer’s disease can enjoy a higher quality of life with the help of a professional in-home caregiver. La Mesa, California, families should reach out to Coast Care Partners if their aging loved one needs help managing the challenges of cognitive decline. Call 619-354-2544 today to speak to one of our friendly representatives.